“Today is difficult, tomorrow is even more difficult, but the day after tomorrow is beautiful” Those were Jack Ma’s words, just after his debut in Wall Street and reaching a Guiness Record for leading the greatest Initial Public Offer (IPO) ever registered until then: Achieving with the IPO of Alibaba the profit of $18 billion.

Look how good and positive Alibaba Group CEO Tour has been, that he is considered by Forbes magazine as one of the richest men in the world with $29.8 billion do net worth and who is leading a business that ended up 2016 with an increase of 43% in sales, that is, $2.5 billion.

The Asian giant, as some have call it, has worked for the business internationalization and since last year, Europe has been in its spotlight. Until now the European operation was managed from Italy, but at the end of 2016 the designation of Ernesto Caccavale as director of Business Development for Spain and Portugal, was the notification prior to the announcement of the opening of its offices in Madrid for February 2017.

The positive balance in Jack Ma’s income statement is a product of strategy vision and diversification; a model that its predecessor Jeff Bezos is familiar with, as it is precisely what has led Amazon to capitalize on a large share of the global digital market. Both marketplaces control the business of e-commerce and its associated services (logistics, shipments and means of payment) while incorporating services on the cloud.

Amazon is entering carefully in Spain, having closed 2016 with $136 billion as income and a profit of $749 million, which results in 55% increase over the previous year. However, the landing of Alibaba in the Iberian capital puts its competitor very closely.

Both of them are walking into the same road and pursuing the same goal: to capitalize 2000 million consumers. In this sense, the competition will be free in the quality of the services provided and the added value.

Face to face… made in Spain

It is clear that Spain is an attractive market. According to the latest e-commerce data from the National Commission Markets and Competition (NCMC), e-commerce billing in Spain increased by 20.3% year-on-year in the second quarter of 2016 to reach $6.3 billion. This is, in addition to being the fourth country in the European continent with more online sales reports and to have users who use ‘marketplaces’ as their means of buying online in 60% of their digital operations

Now, knowing that Amazon and Alibaba are the heavyweights of the global Marketplace
How do you plan to compete on Spanish territory? Which cards will they play and what will do they have to offer to Iberian consumers?

Without any intention to make valuations, we will put the cards that each one wants to play in his bet for this market. Amazon in its behalf, has focused on shipping; it has already implemented the delivery in 2 hours and in the UK have already been tested with drones for Premium customers who already were enjoying the delivery service in an hour. Soon, these drones will deliver orders in 30 minutes, two-and-a-half-kilogram packages, which make up to 86% of Amazon’s total orders. In the main Spanish cities, groceries are already being delivered in 2 hours. Without any doubt, a total advantage.

Alibaba, as a counterpart to the virtual reality of buying in stores adapted to this technology and along with a payment system, will allow the consumer to finish the purchase process with a head movement. Customers will be attended by robots, they will have virtual reality equipment and they will be able to browse on the online store. Technology versus speed…

Then, they both have seen in the integration of the physical store and the online store an opportunity to consolidate themselves. The use of technology and data management in a predictive way, has allowed them to connect physical and online commerce to offer a unique shopping experience. Amazon launches its store without boxes “Amazon Go” and replaces the model of pick-up; while obtaining data from buyers that allow you to optimize along with retailers, the stock management; this added to its already efficient delivery process.

Alibaba, meanwhile, already has investments in traditional groups such as the retailer Suning and appliance manufacturer Haier and has plans to invest $2.6 billion in the acquisition of Intime stores. A strategy that impulse and consolidates what has been called the “technological trident” BAT, which is Baidu, Alibaba and Tencent in the same environment. E-commerce, social network and online payment system under Jack Ma’s management. This is what has led him to capitalize users and incomes and translate it into benefits. If it is extrapolated to the western market is like the merge of Amazon, Facebook and PayPal.

Predictions are a few facing a good competition

In this scenario that promises innovation and services improvement there are no winners or losers. A priori it is risky to predict who will control the market share in Spain, where Amazon is already deeply rooted and maintains its growth curve. The arrival of the so-called Asian giant and its level of affectation to the market; however, it is clear that Jeff Bezos will remain in the race, as it has been from the start. He knows the business, the consumer and the trends.

Some are waiting expectantly for the definitive opening of Jack Ma’s offices, who is committed to developing two business areas in Spain: Aliexpress, the Chinese vendors’ shop with really competitive prices and Tmall, the big online shopping mall that already has in its platform a stock of Spanish recognized brands. It’s a matter of time. 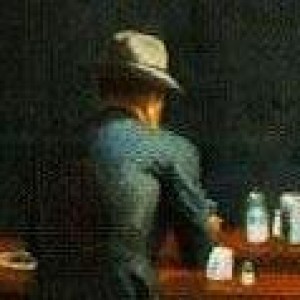